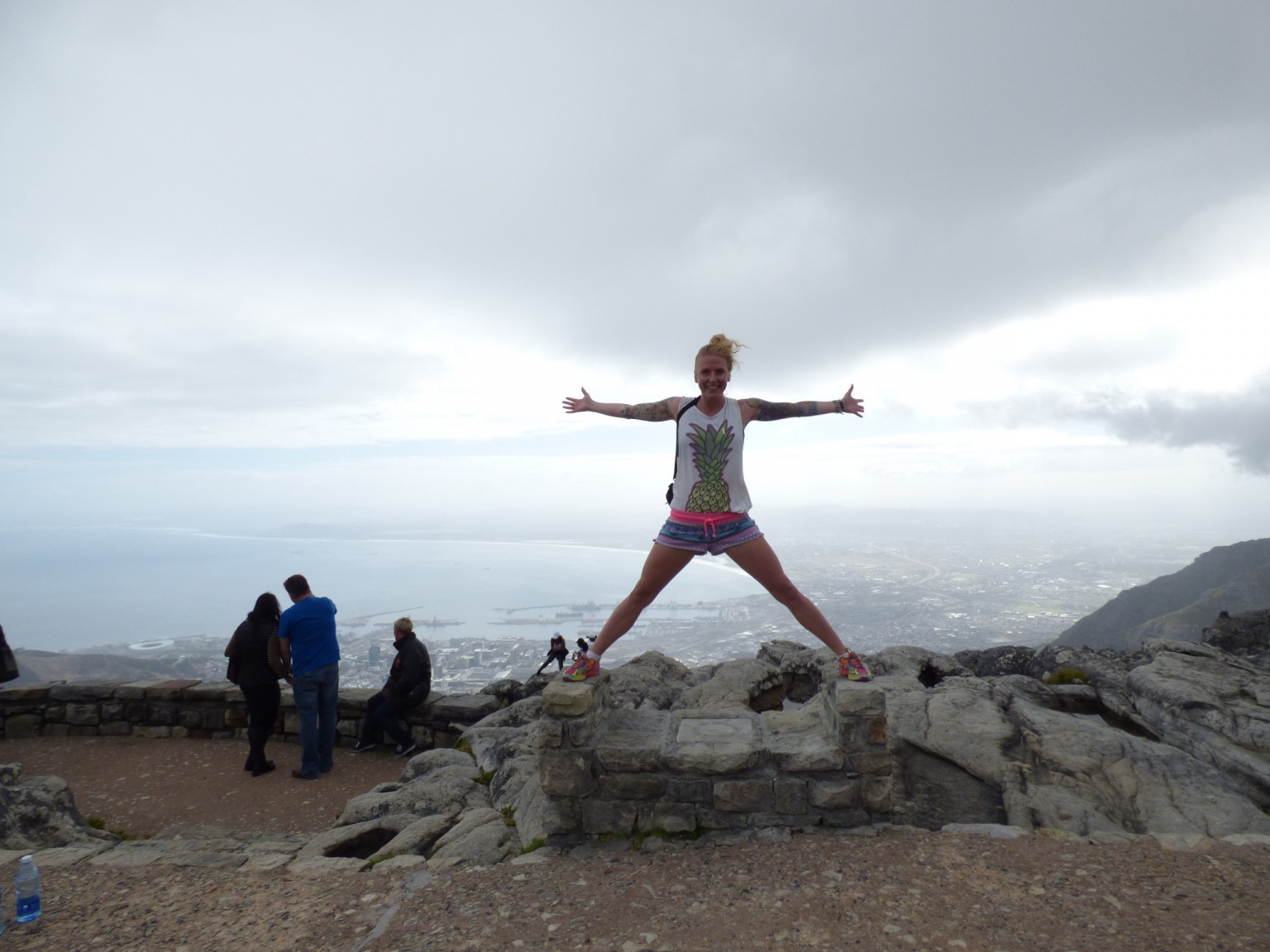 Hi, my name is Evelina Hellsten and I’m studying to be a social worker and I just started semester number 5 of 7 in total. For about 1.5 year ago me and my very good friend Jessika Hellsten (yeah, I know same last name but not sisters) met on a meeting for students who were interested in studying abroad. Well, actually we were friends long before that since we’re in the same class but my point is that we had no idea that we both wanted to study abroad and that we both had South Africa as our first choice. My reason for that was that I wanted to go somewhere where the society were completely different from Sweden and also because I have two cousins that are adopted from South Africa. After that meeting it was decided that me and Jessika were going to study our whole fourth semester at The University of The Free State (UFS) in a town with a weird name Bloemfontein in South Africa – both courses and internship. At the time we were just in our second semester but believe me when you’re going abroad to another continent you need the time to prepare. You need to prepare yourself and your family that you’re going away for 5 months, maybe you need to fix someone to take care of your apartment for you while you’re gone? You need to prepare A LOT of documents to be able to apply for VISA and you need to get the right vaccine. The preparing of documents include that you in a early stage contact UFS to get the letter of acceptance. In our case UFS also helped us with accommodation and what kind of insurance paper we needed to have and an advice is that go with their insurance and not with the ones you can get in Sweden like “Gouda”. About the accommodation, I and Jess stayed on campus in a house with just girls and mostly “first years” which are girls who just started their first year and to us appeared to be pretty young – around 18 years. All the girls were very nice but we felt the whole thing were kind of childish since they had a lot of rules to follow like a special time they needed to be inside the house. It was nice to live close to school but I think I can speak for both of us when I say that we would have chosen a different type of accommodation if we knew this before we got there. We met a lot of other international students and some of them lived in a house outside campus where you had your own room but also all this space to hang like living room, pool area and kitchen.

Like I said in the beginning we took both courses and did an internship in Bloemfontein. We took three courses and the name of them was: Social work with the child, Social work with families and Preventing the spreading of HIV/AIDS in a South African context. All these three were very good in my opinion, especially the last one where HIV is such a big problem in the society and how it affects all different kinds of units and how different the view of sexuality can be if you compare it to Sweden. The first course was the hardest one, the teacher was something else with his pointing on different students to answer and difficult test with exact sentences to fill in from the text book. The attendance of the courses was compulsory but all the teachers were very understanding when it came to us international students. It was no problem to be away for a couple of lessons to be able to travel with our families when they came to South Africa to visit us. We were not that pleased with our internships though. UFS fixed our internship and at the beginning we were with an organization that helped prostitutes from the street and the homeless people to get in to the labor market. We helped the organization with serving soup in a soup kitchen, sorting out clothes and giving out food and our support during some nights to the prostitutes on the street. But in the end we felt a lot like we were in their way since the organization were just about to change their location and some structure on their programmes for the homeless and the prostitutes. Even though we didn’t have any problems with serving soup and such, we felt like the purpose of our major field of study got lost. To fix this we contacted two other organizations where we got to observe a social worker work with clients in a township and also to interact with some children that were living on the street. Even though our internship appeared to be something different than we expected we learned a lot about how social work is organized in South Africa and how different their social problems are compared to ours back home.

After my semester abroad I have grown as a person in a way that I’m more grateful for things that I before I left took for granted. I’m also much more proud of myself that I actually did this and I did it good – both in a way of being away from my family and home for 5 months but also that I actually nailed all my courses. My english has definitely improved with the everyday using and also using it in a different way of reading and writing on a higher level.

One of the best things of studying abroad in South Africa was that it was so cheap. I and Jess lived like queens and still had money to do a lot of travelling. During the easter break we travelled to Cape Town, Zambia and Zimbabwe where we skydived, drank a lot of wine on wineyards, visited the Victoria fall, did the bungee jump, got attacked by bamboons and ate giraffe. And that was just one of our trips, Jessika met her mother I met my parents and my boyfriend and we both went to Kruger Park and went on an awesome safari. We also paid a lot of visits to the hospital since I got bitten by a toxic spider and Jessika stepped on glass. But at the end of the day the BEST thing was that I got to experience this together with Jessika. We did everything together and we could both share bad and good things and I’m sure that I and she are going to have a special connection to one another. Some people say that you should travel alone to get the most out of the experience since it forces you to be social and do stuff on your own and yeah it’s true and I have done that but this was so much better since you could share the whole experience with someone that followed you home.

If you want to ask me something about my semester in South Africa, feel free to email me on:
heev1442@student.ju.se 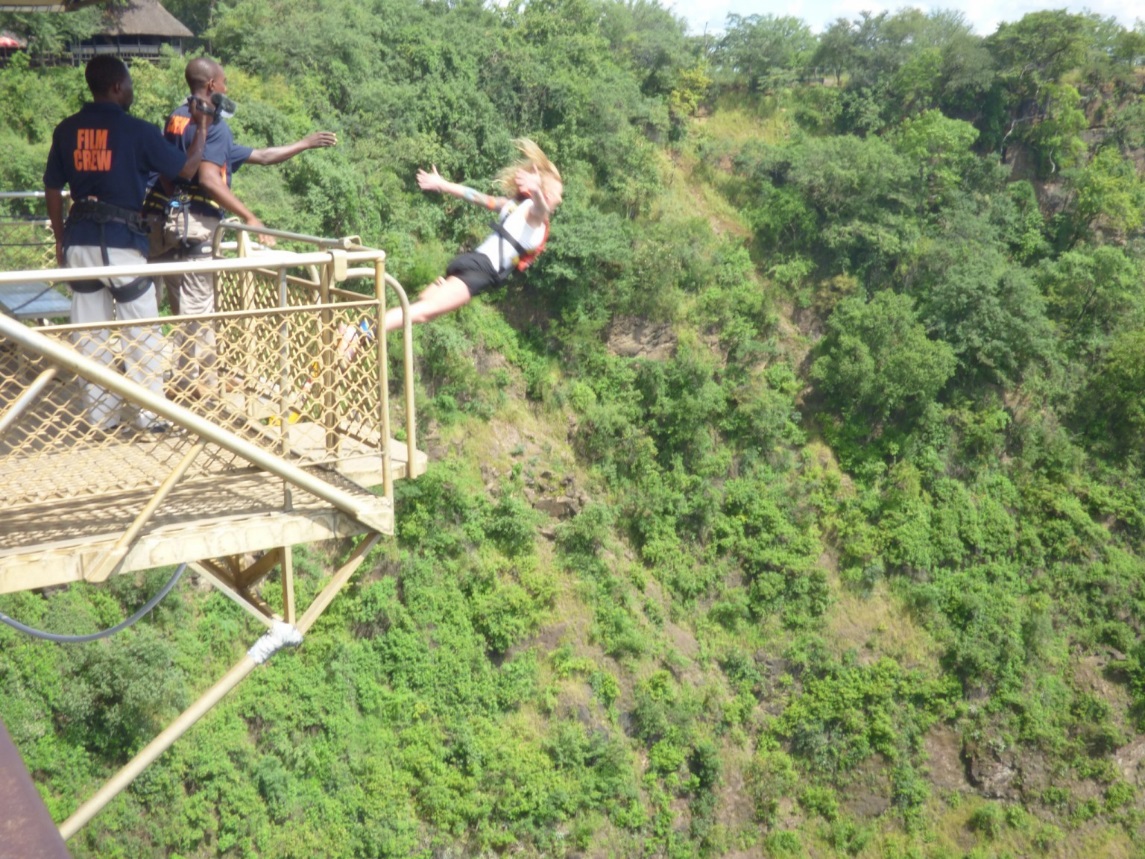 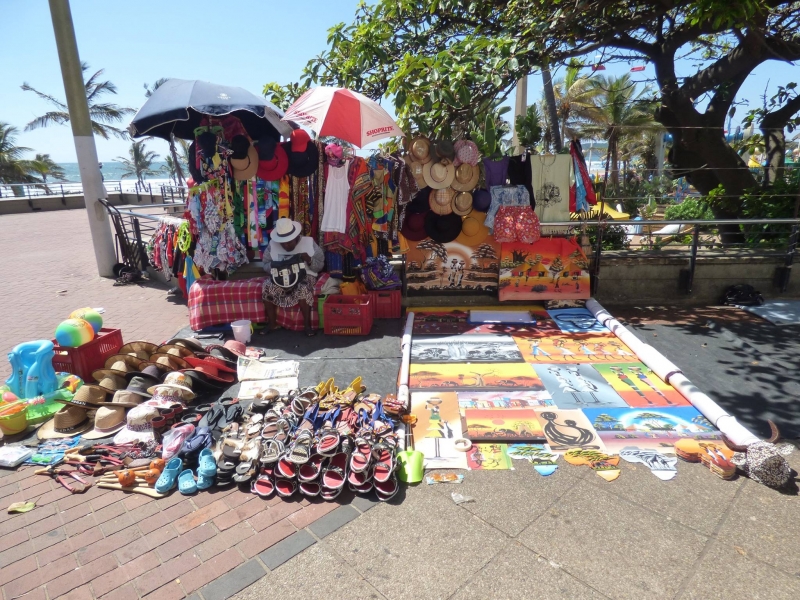 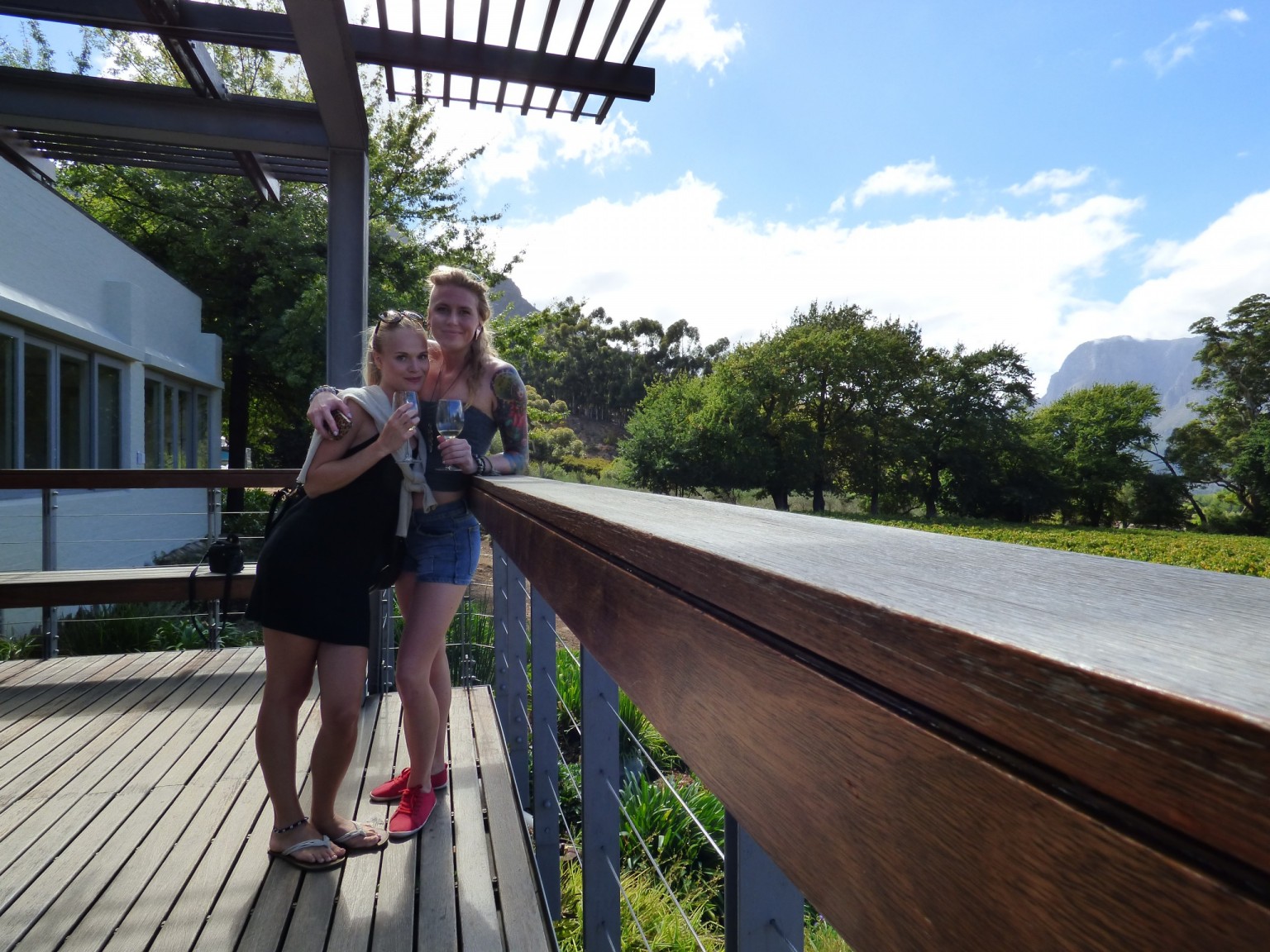 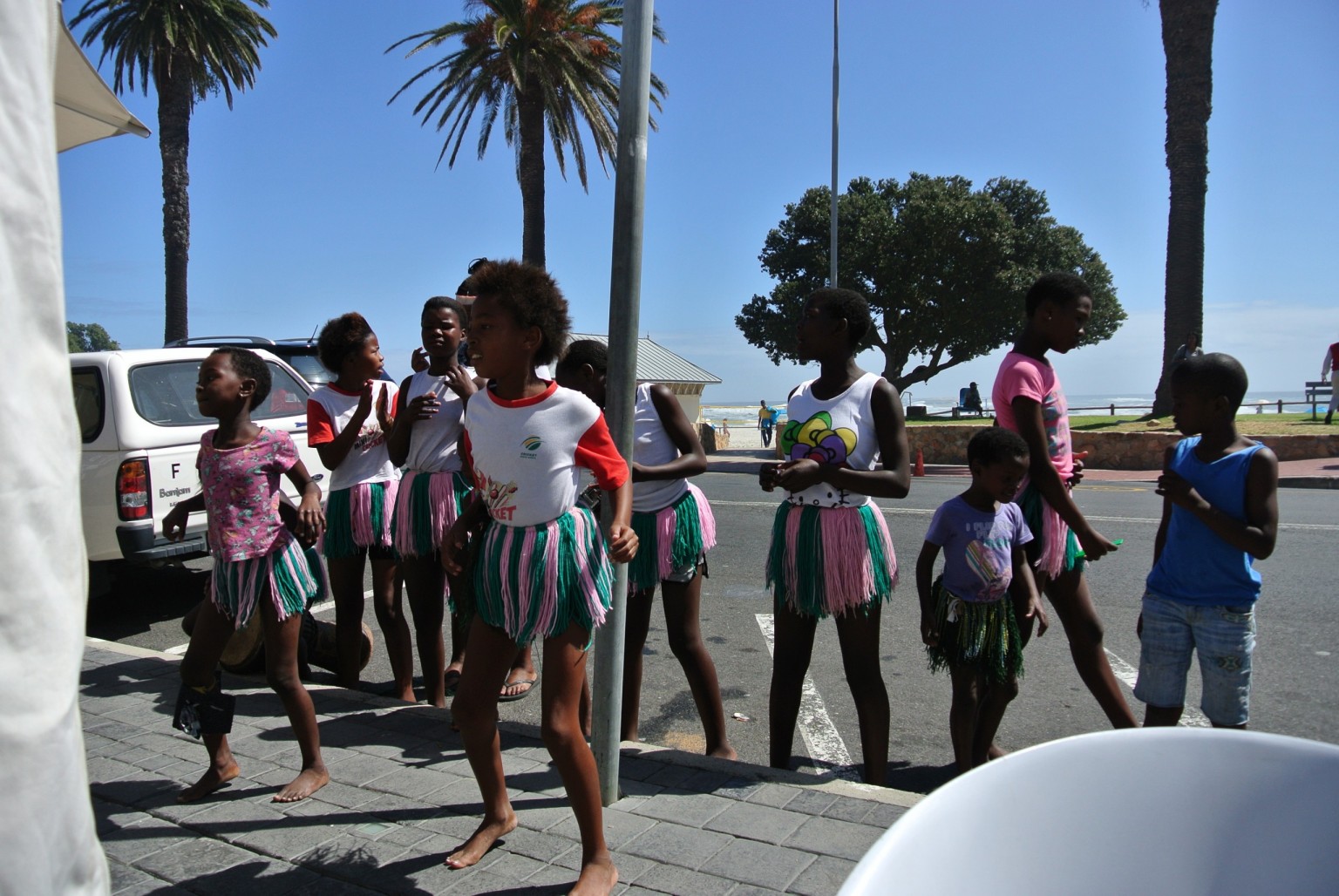