My semester at University of Windsor

My name is Annika Mattsson, Nursing student, 5th semester at Jönköping University. I was an exchange student during my 4th semester at Windsor University the autumn of 2018.

I chose to study abroad when the opportunity arose. I am a bit of an opportunist and take the chance when I get it to see more of the world and experience new things. I chose Canada since I have relatives there. I don’t know where though, but I saw this as a chance to get to see and experience the country.

I got my courses chosen for me since it needed to correspond to the curriculum at home.

I had Psychiatric and mental health nursing (Used to be Families experiencing crises), Concepts of leadership and nursing practice, Issues in global health and also Clinical practicum (a clinical placement at an apartment complex for the elderly). 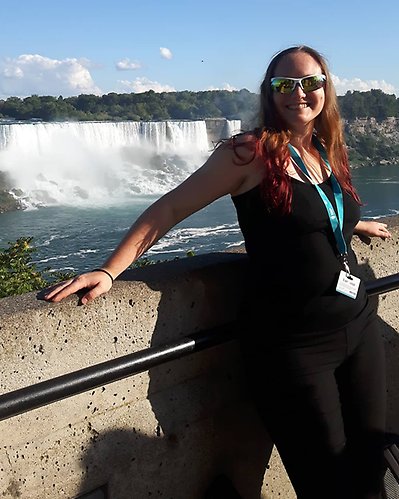 To experience a clinical placement abroad was different but still interesting. This demanded a few vaccinations (including my childhood vaccinations) and papers from Sweden to ensure that I was not a felon, I was infection free and a verification of health status. Since we did not do anything invasive, I did not have to prove my skills in drawing blood or practical caring skills. However, I did, as all the other students, have to complete a Head-to-toe examination before I was allowed to start my clinical. This was a shock since it was so much to learn in a short amount of time!

The essence of my clinical was to work with health promotion and work together with my student colleagues to come up with activities and presentations in order to inform, educate and activate the elderly in the complex. A few examples of presentations were about the importance of handwashing and cleaning the walker at the same time, oral health and also prevention against scammers on the phone. A few examples of activities are cupcake decoration, pumpkin craft and karaoke. This type of clinical was for me a good opportunity to practice my professional identity since we did not have that much time with the elderly as I would have liked.

One other thing we were to do was to in some way work health promoting with an elderly at the complex and in some way improve their lives. This included to do a head-to-toe examination, an assessment of their daily activities and to discuss how and if the person would like to improve something or include something more in their everyday life. During my 12 weeks of clinical I got to know an amazing woman and we had such a good time. We ended up including a few more activities for her and hopefully she will live to have a few more enriching years. She was very old already, but oh so lovely! 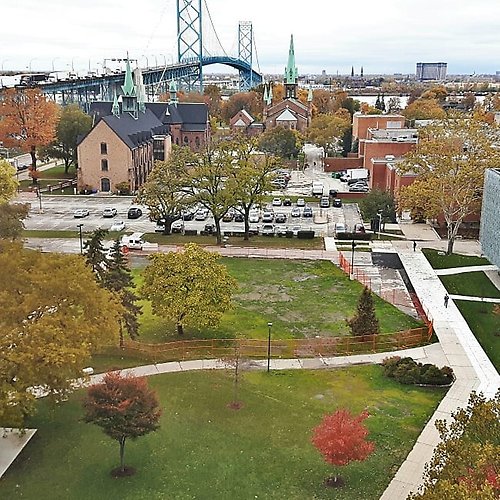 One thing I thought was a bit weird was that you owned your own scrubs and traveled to and from work with them. In Sweden we have huge wardrobes as the site to not spread potential diseases in or out of the site. It is also cleaned at a special facility to ensure cleanliness.

The information I got from the university was plentiful!

Although there was one letter, a rather important one, that got lost, and it was the one about the vaccines and papers that I needed for my clinical. I got that information about one week before my departure from Sweden and it got a bit crazy in the end. All other information, about payments, rooms, activities and inclusions/exclusions on the student card etc. was excellent!

Michelle Fitzgerald, the exchange coordinator of Windsor University, is an amazing human being!! 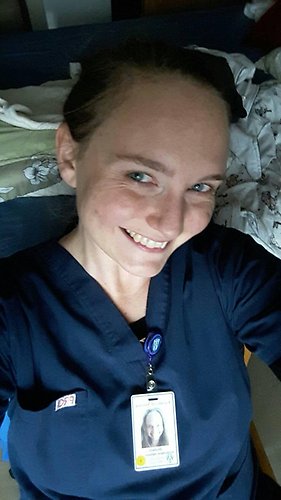 I lived in a dorm on the 9th floor with a view of the Ambassador Bridge and Detroit, the best view. I got the room through the exchange office and it was included in the semester fees. I got to choose if I wanted to live in other dorms, but I chose this one. The room included a bed and two desks and some storing/wardrobe furniture. It was a good size and the bed was high up from the floor. I had to almost jump in to it and I’m 1,74m! Good storage underneath though.

The bed itself was in a weird plastic kind of material so the sheets moved around all the time. I bought a mattress cover and it sorted that out. We got douves, pillows and hangers from Michelle. I had to buy cleaning supplies and such since that was not included.

It was very easy to hear others through the walls and the door to the corridor and that made it tough to sleep late at night. It was also very echoing in the hallway which made it worse. I did however have my earplugs so I managed. There were 19 rooms per floor and there was people living on 9 of the 10 floors.

In the fees that was paid before arrival (room, insurance, etc..) a sum of that was on the student card and with that you could buy food at the different food courts at the university. They had Subway, Pizza, Tim Hortons, pasta, burgers and sushi. In retrospect I think that I had no clue how much anything costed so I just took what I wanted that day and pulled my card. At the end of the semester I had to buy extra food to last me the last 2 weeks before I went back home. Although anything you leave on the card at the end of semester disappears and is lost to the University, so using it all is a good idea, but one must be mindful.

Since I am gluten intolerant and vegetarian, I had a few issues with the food, but I knew that it would be challenging before I went there. I had a good relationship with a few of the chefs, so they made special food for me. I would say that it is slightly more expensive to live there if you have special dietary needs, but other than that it's fine.

I feel like I have grown as a person during that semester and I have met so many different people that has enriched my life in such a beautiful way. My English has improved immensely both in articulation (definitely American accent now) but also professionally in terms of how to address patients and how to execute other types of health assessments than what I am used to. I have really had a steep learning curve in how to adapt into the Canadian healthcare system since I had to know it in order to understand the material for the exams in the courses. So, one could say that when I came back to Sweden I knew more about the Canadian healthcare system than the Swedish one.

I would say that in order to go to Windsor one has to be prepared and open for anything. It is a completely different country even though our countries are so similar in construct. The courses are studied simultaneously, and all the midterms and finals are often the same week. It is important to be well read since there are no redos on any of the exams. As a nursing student you will have to have 60% on the exams in order to pass while you might hear other programs having the limit at 50%. In Canada the nursing program is 4 years so the courses I took was both 3rd year and 4th year programs. They have more in-depth courses and to me it felt like I knew nothing in comparison to them, and some of the things that I learned is not even applicable in Sweden, like MAID (medical assistance in dying). But now I know all about it!

I happened to sprain my ankle during the second week, late at night, so I got to see how the ER worked from the inside. I got a lot of help from people around me in my time of need and several people came to my aid and waited for the ambulance to arrive. I had a few friends come with me and it could not have gone better. Despite being in a lot of pain I never felt afraid or alone.

The best part about my stay in Windsor was the amazing people that I met and all the friends I made from all over the world! I still have contact with them, and I feel rich in a way for knowing them, and the world seems like a better place with them in it. They enriched my whole experience and showed me how very different, yet the same, we all are. 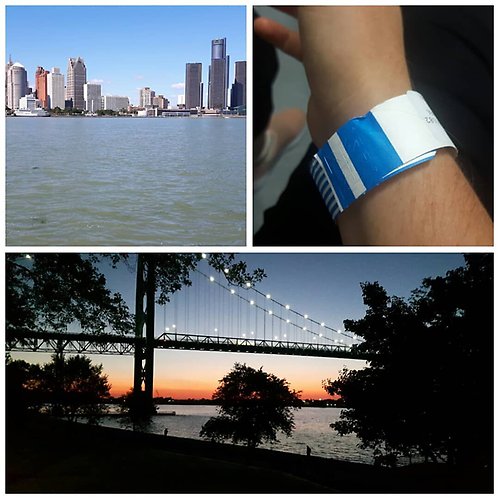