Working for the EU

Saranda Daka works as a project manager at the Swedish Board of Agriculture in Jönköping. On 10 December 2014, she gave a lunch seminar for students about her career. The seminar was organised by Jönköping University’s Career Center.

Saranda’s career began with a summer job working as a project assistant in 2007. After having worked at the Swedish Board of Agriculture for six months, she returned to her studies at Jönköping International Business School (JIBS). In early 2009, Saranda received a call from her manager at the Swedish Board of Agriculture who wanted her to come back and lead a small statistical survey at the Statistics Unit. After three months working at the unit she was promoted to project manager of the EU’s and Sweden’s largest agricultural survey. The survey is regulation-based, and involves a comprehensive survey of the agricultural sector. It is carried out every ten years by all member states, and the results form the basis for drawing up the EU’s Common Agricultural Policy. 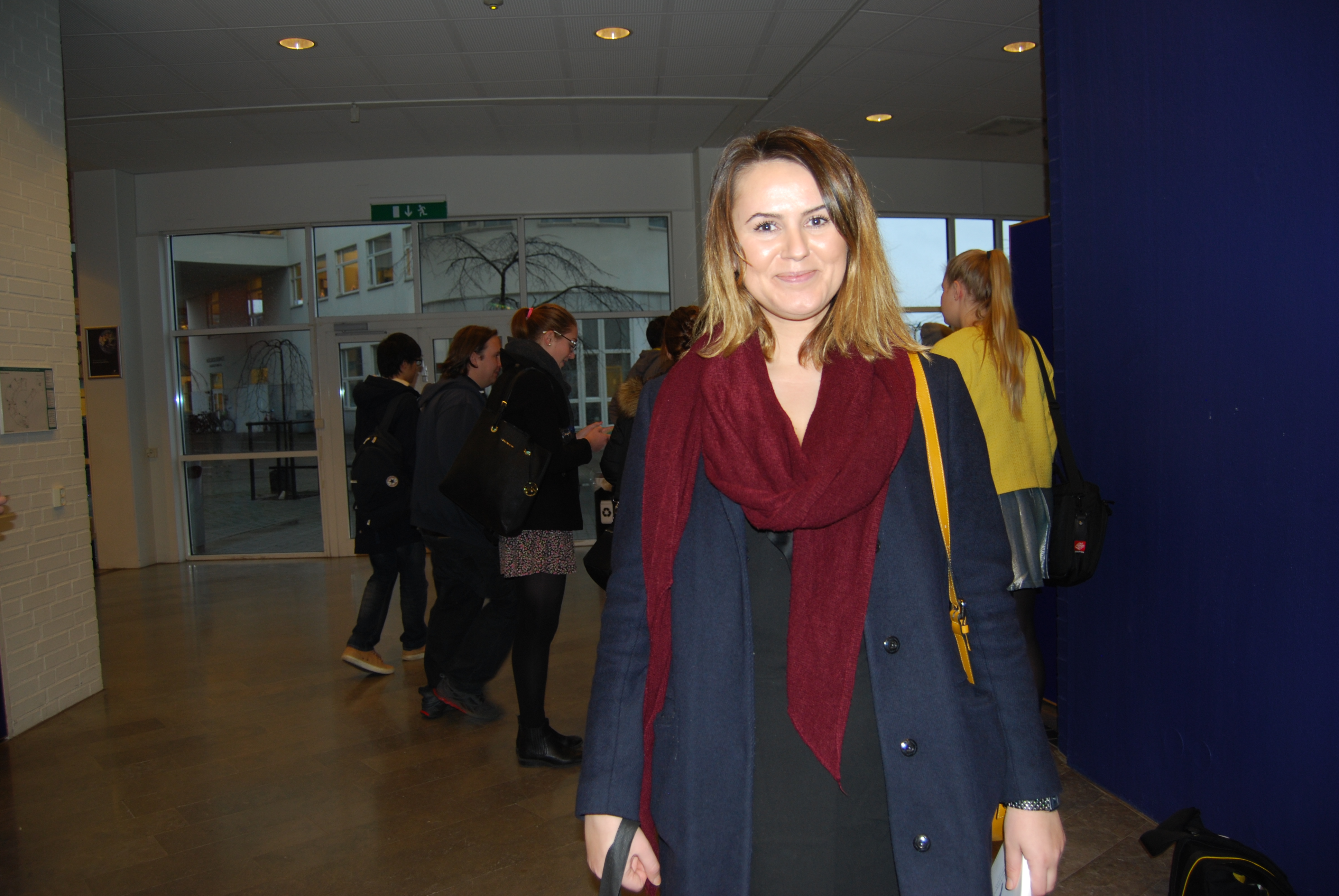 “I wanted to work internationally, and I saw the project as an opportunity to work closer to the EU,” explains Saranda. “It was an enormous project, taking around three years from start to finish. It opened many doors for me. I started attending EU meetings in Luxembourg and working with one of the European Commission’s Task Forces. At the same time, I also started participating in Nordic and Nordic-Baltic cooperation meetings.”

Since 2009, Saranda has worked in a variety of interesting roles. Between 2009 and 2013 she worked as a Short Term Expert in Albania in an IPA* project funded by the European Commission. The project in Albania was fascinating, but was also extremely challenging. “I was one of several experts from different EU member states who worked there together helping to carry out the EU agricultural census covering the whole of the agricultural sector, and creating various statistical registers in the country.”

The project in Albania began immediately after the population census, which involved the experts studying the entire population of the country. Saranda’s area of responsibility involved interpreting the EU regulations according to Albanian circumstances and training around 6,000 people who knocked on doors throughout Albania to gather the data required by the EU Regulation. “During my last mission to Albania I travelled with my Italian colleagues to various parts of the country to oversee the operational process on behalf of the European Commission. At the same time, we also had the opportunity to see many fantastic locations in Albania and celebrated the fact that we had succeeded in meeting our targets after three years of hard work.”

Invited to Palestine at her own risk

In February 2011, Saranda was invited by the European Commission to lead a TAIEX** mission in Ramallah, Palestine. The Arab Spring and the unrest in the Middle East had already started, and the Swedish Ministry for Foreign Affairs advised Swedes against travelling to Palestine. As a political scientist, Saranda felt that this was an excellent opportunity to learn more about the conflict in Palestine and accepted the invitation at her own risk. “I’d Googled Ramallah on a number of occasions before travelling there, and all I found was images of conflict. There were no images of the city, and I had no idea what to expect. During my working week in Palestine I also visited Jerusalem, which is around 14 km from Ramallah. Palestinians from Ramallah never travel to Jerusalem. There were long queues at the roadblocks, and thorough checks were carried out on Palestinian cars. The strangest thing of all was that they had separate roads and separate registration plates for Jews and Muslims.”

“Since 2012, I’ve been working on the implementation of the EU’s Common Agricultural Policy (CAP) 2014-2020 in Sweden. I’m also project manager for two projects within ProCAP, the Swedish Board of Agriculture’s programme responsible for implementing the new agricultural policy, which has around 400 project employees. Since autumn 2013 I’ve also been working to implement the EU’s new agricultural policy in Sweden. The policy is a major part of the EU’s work, accounting for 39 percent of the EU’s overall budget in 2013.”

Some advice for those heading out into the job market

Draw up a plan for what you want to do and look for opportunities – there are opportunities everywhere. These small steps are the start of your journey towards your career. Learn to network, and remember to have fun while doing so.

About the Swedish Board of Agriculture

The Swedish Board of Agriculture is the Swedish Government’s expert authority on agricultural policy issues, and is responsible for a broad operational field. Headquartered in Jönköping, the authority has around twelve hundred employees.

* The Instrument for Pre-Accession Assistance

** The Technical Assistance and Information Exchange