The Institute of Gerontology carries out research and education in the subject of gerontology (the scientific study of old age) based on biological, psychological and social perspectives, and from a lifecycle perspective. 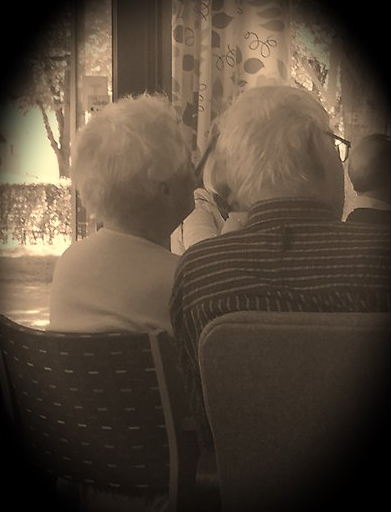 IFG is a multidisciplinary and interdisciplinary institute where our various competencies make it possible to study age, older people and the aging process from a broad perspective. Our goal is to increase knowledge about older people and the aging process by providing attractive education opportunities, by carrying out leading gerontological research, both nationally and internationally, and by promoting the practical application of this knowledge in the surrounding community.

IFG's programmes have a multidisciplinary and interdisciplinary approach. This is reflected in the student groups where different professions meet in the common interest to increase their knowledge of older people and aging. Courses are given at both undergraduate and advanced levels. For those who want to deepen their knowledge of gerontology, there is both a magister examination programme and a master's programme in gerontology. The master's programme is part of a Nordic cooperation (NordMAG). IFG has been engaged in commissioned education courses for many years in different municipalities.

Some responses from our student evaluations:

"The course has given me a lot of new knowledge that I have already used in my job."

"Overall, this course has given me an unbelievable amount to consider and I now see older people and the aging process from many new perspectives, more than I did before. This also means that my attitude towards older people is very different than before. I do not see them as weak and helpless anymore, but rather as unique individuals who have a whole life story behind them, but also experience and knowledge that many do not have yet."

IFG conducts research of older people and the aging process from a life cycle perspective, and with a multidisciplinary and interdisciplinary approach. The research is carried out as part of the research environment ARN-J (Aging Research Network - Jönköping) and highlights various aspects of older people and aging. For example, IFG has a long tradition of longitudinal population and twin studies aimed at understanding social, psychological, biological and functional aging from a lifecycle perspective.

A major research project, "Healthy Ageing", is conducted in collaboration with the Karolinska Institutet. The project aims to identify health factors in a lifecycle perspective. Here, data collected repeatedly over a long period of time (see example below) is combined with data from a variety of quality registries. In this way, different patterns of health, disease and frailty can be identified.

Swedish Adoption Twin Study of Ageing (SATSA) – a a longitudinal twin study that, due to its extensive data collection, can be used to study aging from many different perspectives. SATSA is carried out in collaboration with the Department of Medical Epidemiology and Biostatistics at Karolinska Institutet, University of Southern California, University of California - Riverside and Indiana University Southeast.

Poverty and Health in Ageing (PHA) –  a population-based study of aging in Bangladesh. This is conducted in cooperation with the International Center for Diarrheal Disease Research in Dhaka (ICDDR, B) in Dhaka.

IFG also works with research that highlights the social situation and position of older people in society. Much of this reaserch is carried out in relation to the surrounding community.

Research education is carried out within the Research School of Health and Welfare.

FG has a long tradition of international cooperation. One of our missions is to present and collect new research at various congresses etc, where new contacts are also created.

In recent years, more international exchanges have evolved, with Utah State University, Indiana University Southeast and the University of Southern California - Riverside, among others. These exchanges are mainly within the area of research.

Four of Jönköping University's honorary doctors are linked to IFG and its gerontological research. These are Gerald McClearn - Penn State University, Chandra Reynolds - University of California - Riverside, Nancy Pedersen - Karolinska Institutet, and Sven Nilsson - former chief physician at Ryhov County Hospital, who was active at IFG until his death in 2009.

IFG also cooperates with other countries. Professor Emeritus Gerdt Sundström has a number of international contacts and recently wrote a report for the Chinese government that compares older people care in Sweden and China.

The International Network on Public Health and Ageing (INOPA) is a network of collaborative population studies of aging in Europe, Asia, North America and Australia, and is managed by IFG.

More about the Institute of Gerontology

IFG tries to disseminate the knowledge it has to the surrounding community. In a collaboration with Elmia in Jönköping, a regular conference Elmia Äldre is organised for everyone who works or has interest in issues concerning older people.