In a family firm, why is it that in some cases external CEOs leave after a short time, while in other cases they stay for decades? In a paper published yesterday in the Human Resource Management Review, Matthias Waldkirch, Mattias Nordqvist and Leif Melin, Jönköping International Business School, present a new approach for answering this question, by focusing on how the relationship between the owner family and an external CEO influences whether the CEO stays or leaves. 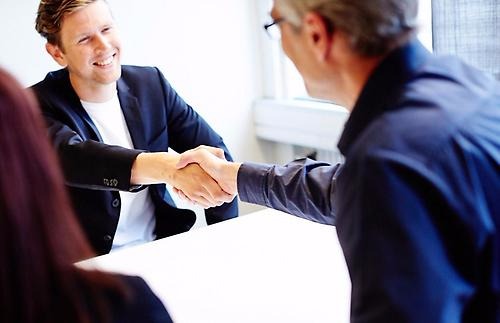 Family businesses are the world’s most common economic organizational form. Recently, it has become more common that family firms employ a non-family CEO. Despite this, current research mainly focuses on intra-family relationships and gives little attention to the relationship between the non-family member and the owner family.

“Also, most research that does look at the relationships between external CEOs and owner families focuses exclusively on the CEO’s connection to the current generation in power, and forgets about the relationship to the next generation of the owner family,” says Matthias Waldkirch, doctoral candidate in business administration.

Using social exchange theory, the authors of the paper propose a new concept – an exchange triad – for describing the relationships between the non-family CEO, the current generation and the next generation. By means of this concept, they show how and under what conditions affective attachment between these three actors comes into being and thereby influences whether a non-family CEO is likely to remain in the firm or not.

“Whether the three actors get along and build good relationships with each other really depends on if there is a balance in the triad or not. We define balance in the triad as a situation where all three actors have the same strength and are equally dependent on each other. If all actors have experience and are well-established, it is much easier to build good relationships,” Matthias Waldkirch explains.

“We know that family firms are more relations based than other firms. To a non-family CEO the relationship with the owner family therefore is of critical importance. It may in some cases even be more important than the firm’s financial performance. For external CEOs in family firms, it is important to build relationships to both generations in the firm. On the other hand, if a family firm wants to keep their external CEO, strong and trustful relations are a good way to do so. For all actors, it is therefore important to talk about their expectations from the outset”, says Matthias Waldkirch.

Matthias Waldkirch, Mattias Nordqvist and Leif Melin are part of the research group CeFEO – Centre for Family Enterprise and Ownership – at Jönköping International Business School. CeFEO is a centre for research and learning uniquely devoted to family business and ownership issues.

You can read the whole research paper here